Lets talk about marriage these days. Maybe how it’s turned into a hunting sport more frequently than not. Or how far we will go to be able to achieve marital status quos. Does anyone ever even stop to think what it is by definition? What its suppose to signify?

Marriage is a vital part of the societial depictions of the ideals of the very definitions and norms of a life. And yet marriage is often misconstrued imagery for what we actually want in a relationship. We look at it like it’s the “next mile stone” to commitment, a commitment of loyalty, of devotion, of monogamy, of unbidden insecurities and unveiling trust. Isn’t that why people get married? To have that? And here I thought marriage was supposed to be symbolic of commitments already acquired. 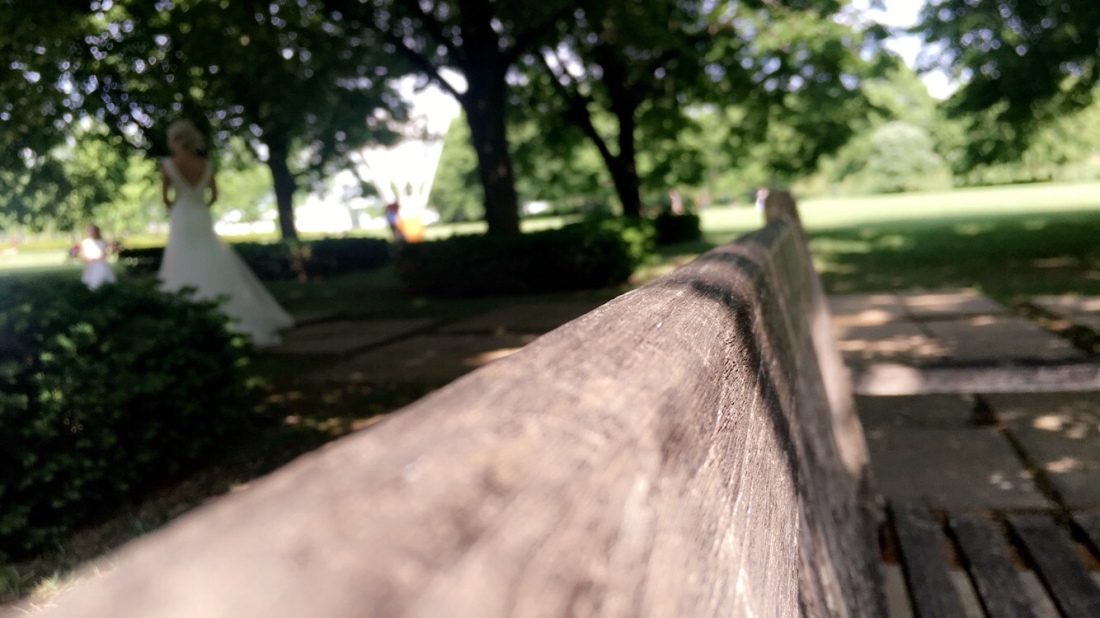 So many times I hear or see stories where marriage was sought out for the title and not the act. And what is most befuddling of all, is the couples that seek to get married when they can’t even maintain a healthy relationship. Why? Do people really believe that getting married is suddenly going to fix the crippling issues people already have?  Marriage isn’t a fix all, it isn’t a social title to aspire to attain, it’s not even a validation of a promise if the promise isn’t already there. Which is not to say that there are not couples out there that seek marriage for pure reasons, I am merely pointing out the alarming chaos of those who do not.

But inevitably, we are all enthralled by the illusion of it all. Religion aside, because let’s be honest, I don’t have the energy to dive into that depth, but will say this. When people attend church for their very first time to join as members just to be able to get married, I would say there is something very diluted with the idea that this is a marriage out of holy matrimony.

Then there’s the pressures and expectations society puts on us. Society puts implications on women and marriage at a very young age, as little girls we are given Barbie’s and dolls that depicts brides and wedding days as a day that every little girl dreams of. A dream that continues to be egged on by society as you grow up; only to feel the sharpening pressures from society the older you become. Almost to the point of outcasting women the older we become, whereas men are not held to the same social implications.

Sadly, it’s turned into a sport almost at times; by women mostly. Ultimatums are given, pressures are applied, expectations reinforced. I have seen it, I have watched it unfold by my very eyes.

Though I may never understand it, I guess the question remains. Why would you want to embark in a marriage that required convincing and manipulations at time? Isn’t that a sign in and of itself? Is it the title you want so badly? Does it not matter how you get it, as long as you get it? For I believe that when you are with the right person, you will want to give them things that you might not ever wanted to do before, such as a committment, such as marriage, simply out of love.

Just as there is this stigma for women to find a husband, to start to plan for this utopic imagery of a life, I find that men have feelings of obligations and expectations rather than wholesome desire when it comes to asking for a hand in marriage. Its as though they are conforming due to pressures. Then there are those men who seek out a trophy wife, typically more seen in the men with perceived power, wealth and ego. Those are the men, who exploit marriage as a means of selling the title for a price, a price some women will pay for the illusion of the lifestyle, for a price of their soul. What part of that seems dreamy? Are we really so vested in the act of marriage that we are willing to do anything? To be anything?

I won’t even touch on the topic of the capital gain our economy flourishes from marriages from the very first engagement party to the cost of the venue, and for some, the costs of divorce. Yes, our economy is quite dependent on the flow of revenue when it comes to this industry. And yet we do it, the cycle continues; we heed warnings and red flags and press on. A clue to our incredibly high divorce rate we have, a rate more successful at failure than achievement in terms of marriage.

A few years ago, I would have never believed I would be capabile of envisioning a happy future without marriage, but I can now. It was so engrained in my mind that having a marriage was a pivotal part in having a life that was complete. Society has a way of making women feel inferior for being single, especially as they age, and though I am not what I consider to be old, I am old enough to not have many friends that haven’t settled down.  Being married is so expected in society that most strangers typically feel comfortable enough in asking if one is married in the first five minutes of getting to know someone. Why is that knowledge more sought after than knowledge of say character or individuality when getting acquainted with someone.

I guess what I am trying to say, is that its okay to want to find someone to spend your life with, but do that. Find someone who you want to be with. Find someone who enriches your world and adds value to your life. And if commitment is something that you choose to have in a relationship, then don’t wait for marriage to have exclusion, to have trust, to have friendship. Marriage isn’t a social status to achieve, it’s not a sport, its not simply a title, it’s a commitment. A commitment that is meant to stand the test of time.

More importantly, what I am saying is, marriage isn’t what it once was. Maybe it never really ever was what society eluded it to be. But what matters is that we understand that marriage doesn’t define who we are, it doesn’t even define what a good life is. Living a life without marriage shouldn’t be shameful either, in fact, maybe it should even be as courageous, especially for women.

For those of you who want your happily ever after, I hope you find it. I just hope that you find it for all the right reasons. And for those of you who may never find your glass slipper, understand it was never needed for completion of a wholesome life. Marriage isn’t a necessity, its a choice. Choose wisely.